0 items in Your Cart

No products in the cart.

We stopped by Tavern on the Hill in Duluth, Minnesota to meet and get to know Executive Chef Ben Thoen.

Ben started his career in professional kitchen when he was 13, washing dishes at a bistro near his house.Now, just 14 years after he started on this path, he is the Executive Chef and Director of Operations for The Blackwoods Group.
He oversees four restaurants, a ballroom, a lounge, and  the group’s catering operations.

Ben’s loves meeting people, making personal connections and creating environments that foster those connections between guests.
As Ben says, “It’s a people business and we happen to move some food around in between that.”

So stay a while and get to know Ben. 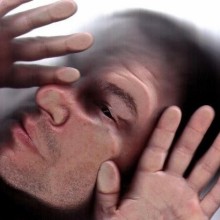